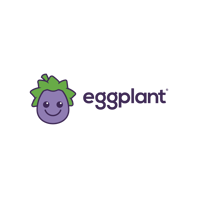 Studio Retail Limited is one of the UK’s fastest growing digital retailers, with over 1.8 million customers and 6 million orders annually through its two digital properties, studio.co.uk and ace.co.uk. The performance and reliability of Studio’s websites and mobile applications are a key component of its digital-first strategy and, as such, testing and monitoring are essential for the company to deliver on its mission.  Operating under the strains of fragmented IT infrastructure, left Studio with questions on how to harmonize disparate architectures and undertake reliable end-to-end testing - enter Eggplant.

Since 2005, Studio has partnered with Eggplant to avail of the latter’s intelligent, AI-driven test automation, and the relationship has expanded significantly with evolving digital retail needs and emerging technological innovations. In 2016 Studio outsourced their core testing requirements to our trusted partner Qualitest, the world’s largest independent provider of testing and quality assurance. Along with Qualitest, we are supporting Studio’s journey to rapid, automated and efficient delivery of business change.

Putting the Customer in the Tester’s Seat

Studio’s goal is to be the most loved digital value retailer in the UK. Chris Platt at Studio elaborates, “It’s critical that we showcase our products in a way that keeps our customers happy and engaged and makes them want to come back and shop with us again.” The look, feel, performance and accessibility of Studio’s digital properties play a pivotal role in achieving this goal. As such, delivering a consistent high-quality experience at every interaction and on every operating system, device and platform is of paramount importance.

Eggplant provides Studio with a next-generation testing platform that enables the company to do this effectively. Using scriptless models, AI and analytics, Eggplant automates the entire testing process from test-case generation to test optimization to results analytics. Rather than focusing on the code and compliance, Eggplant takes a user-centric approach that tests every permutation of the user journey. Our award-winning software is brought to life at Studio by working in lockstep with Qualitest. As a result, Studio has greater insight into how its customers are interacting with its digital problems as well as actionable intelligence on areas that are causing issues.

Rob Lorton, Front End Web Development Manager at Studio, says, “Eggplant allows a good diagnostic deep dive for problems, enables us to compare before and after, and check different page components—including those of our eCommerce partners and other third parties. By doing this with our customers always at the forefront, we can ensure that our technology is delivering a consistent experience that delights our customers and makes them want to shop us again.”

With Eggplant, Studio can draw on real user data to augment and guide its testing strategies and make continuous improvements to drive better business outcomes. For example, Eggplant’s Digital Automation Intelligence (DAI) platform for eCommerce enabled Studio’s web team to spot a performance issue stemming from a third party’s A/B test and take steps to prevent it from reoccurring. Lorton elaborates, “We paused the test and watched the page load time in Eggplant—they improved immediately as the vendor’s caches cleared. The updated A/B test code was redeployed later that month and we quickly saw the same degradation in RCI, so we were able to stop it again quickly.”

While it’s important to diagnose performance issues, in the highly competitive digital retail sector companies also need to understand how technology improvements can positively affect key KPIs. With Eggplant’s AI-driven testing, Studio can predict the quantified customer impact of new product versions prior to release and make any necessary changes to optimize performance.  Rob, mentioned earlier, was able to predict that a drop in load times of 1.5 seconds on the Android UX translates in a £8mil increase in revenue.

Eggplant’s Real Customer Insights (RCI) functionality takes real customer data and builds a model of the relationship between performance and visitor behavior. Entering an improved load time allows Studio to see a prediction of changes in conversions, bounce rate, revenue and other KPIs and also drill into this data by various customer segments. Wins from using RCI include, a reduction in page load times by 15% as well as identifying journeys that translate in revenue.  Another insight gleaned allowed the Studio team to redeploy testing resources as they discovered that 40% of the regression testing effort was aimed at areas of the site that were rarely used, allowing them to focus on the customer journeys that count.

Testing Smarter through the Power of Automation

Another key benefit of Studio’s Eggplant implementation, is that the company will be able to ultimately release at DevOps speed without compromising quality. Eggplant’s intelligent test automation has dramatically increased the speed of Studio’s development sprints with regards to automating and will eventually enable the company to release faster, with a goal of moving first to a weekly and, ultimately, a daily release schedule. Furthermore, due to the ease of use of our solutions, Studio’s automation is now developed in Qualitest’s offshore delivery centre reducing costs, increasing speed and maintaining quality of delivery.

Justine Sharp, IT Test Manager at Studio, says, “We can now deliver the Automation project successfully from a cost and time perspective—it’s been brilliant. We have managed to get  Regression test creation down from 4 days effort in our previous tool to 4 hours using Eggplant, which means we automate quicker and will allow our testers to focus on other areas of testing and development in the future.”

Since its inception in the 1950’s, Studio has strived to put its customers at the heart of everything the company does. While the nature of its business has evolved significantly in the ensuing decades, this customer-first mentality has never been more critical than in the digital retail age. Through its partnership with Eggplant and Qualitest, Studio is delivering on its brand promise and ensuring that its digital properties deliver the consistent, high-quality customer experience upon which the company prides itself.