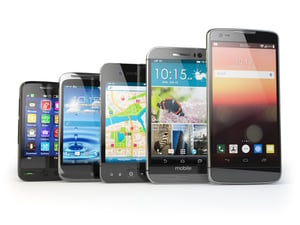 NTT DOCOMO is Japan’s largest mobile telecommunications company, providing innovative, convenient, and secure mobile services to over 74 million customers in Japan via advanced wireless networks. As a provider of integrated services centered on mobility, the company is actively engaged in the development of technologies for next-generation devices, services, and networks. Under the corporate identity of “Creating a New World of Communications Culture,” NTT DOCOMO has been developing mobile communication businesses, focused on improving email, portals, and other internet services while fulfilling its mission of running a stable communications infrastructure.

The end-user quality of internet services is determined by complicated factors including traffic that varies within the network, across a variety of content, with an external cloud environment, and based on the time of day. NTT DOCOMO decided to implement a solution for detecting failures proactively from the viewpoint of users by having devices access services on a regular basis.

In the past, we introduced a service automation system on a trial basis that used a smartphone’s automation tool in order to improve the user experience, but we had a problem with the long-term, stable operation and maintainability of the tool, making it impossible to fully introduce the system. User evaluation of emails, portals, and other services was also getting stricter year by year. So, we again began to consider the possibility of introducing an automated service monitoring system,”

Silent failures, for which the diagnostics of devices or systems gave no alert, content replacement mistakes, and failures in the external cloud service, were previously addressed by personnel in the field using the existing monitoring system. However, the use of the new automated service monitoring system has enabled the detection of failures in a more expeditiously and systematic manner.

In April 2015, the new automated service monitoring system utilizing Eggplant began operation in a small-scale configuration, implementing a solution from the viewpoint of users, for supervising the operating status of a variety of services 24 hours a day, 365 days a year in a stable and proactive manner.

"Previously, it took a long time to determine whether an alarm issued by the monitoring system should be addressed urgently. This new automated service monitoring system enables us to identify the degree of a failure from the viewpoint of users, by which we can determine immediately whether a system restart or further isolation is required. In addition, we are able to find the failure symptoms by checking the variation in TAT on a monthly basis.”

The monitoring system records a series of display-based operations performed by mobile devices and automatically executes their reproduction, in which the success or failure of screen transitions, the screen transition turnaround time (TAT), and other factors are recorded on log servers. The monitoring server checks the logs in the log servers to see if there is a failure.

“This system can record and reproduce a series of operations including touching an icon and logging on to the service. Recorded operations are stored in a script. This allows easy maintenance and supports iOS, Android and others as a multi-device solution.”