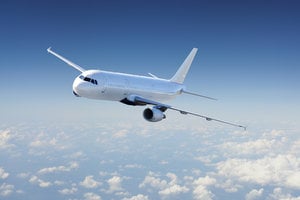 Comprehensive verification of Flight Attendant Panels by testing GUI functionality in combination with the LRU communication.

Ever since Flight Attendant Panels (FAPs) were first introduced, the number of checking and monitoring functions which are controlled via FAPs has increased. Improved touch-screen technologies are continually making the human-machine interface more efficient and convenient. Further trends, such as extending functionality by adding new software components or flexibly adapting the user interface, are increasing the complexity of testing FAPs. Therefore, the verification of FAPs requires an interdisciplinary approach. Tools from both GUI testing and LRU testing have to be combined in order to assure comprehensive verification in all development stages.

The test automation tools Eggplant Functional and CANoe represent a simple tool combination that is ideal for testing FAPs.

Eggplant Functional, the software for the functional GUI test from the UK-based company Eggplant, enables testing of embedded software applications by the user interface. This approach assures greater testing depth compared to testing on the program code or functional level. Here, test automation utilizes image and text recognition algorithms to detect switch surfaces and displays. Remote control mechanisms are used to transfer screen contents and initiate user interactions. With this, there is no need to modify the testing software to achieve testability.

CANoe from Vector handles the remaining bus simulation for the LRU under test and the analysis of bus parameters. In addition, it provides a test environment that includes a test sequencer and test reporting. The tests themselves are created in the Vector tool vTESTstudio, an authoring tool for editing test flows for embedded systems.

Simple and reliable verification of FAPs.